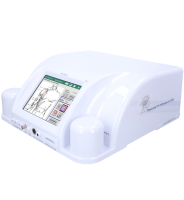 The Rayocomp PS 1000 polar 4.0 TCM is the high-end bioresonance device from Rayonex Biomedical GmbH for use in traditional Chinese medicine.

The five pillars of traditional Chinese medicine (TCM) form the basis for the treatment using the Chinese healing technique. The goal is to support the effects of the life forces – the “Qi” – and to remove energy blockages in order to promote a smooth flow in the organism. Depending on the cause, the patient is helped using acupuncture, TCM drug therapy, nutrition, movement and massage.

The Rayocomp PS 1000 polar 4.0 TCM allows the applications of acupuncture, TCM drug therapy and nutrition to be professionally supported in daily practice.

Acupuncture: A software module has been developed specially for the Rayocomp PS 1000 polar 4.0 TCM that enables meridian points to be identified, visualised and harmonised at an energy level.

The 14 main meridians are analysed in detail for energy disorders and individual meridian points can be selectively sedated or toned for harmonisation.

Bioresonance according to Paul Schmidt removes the Qi blockages and helps to bring the body into equilibrium again.

Energy-based herb and substance tests in TCM: More than 2000 substances, herbs, minerals and animal extracts are listed as medicines in TCM. Depending on the client’s symptoms, these are individually combined and offered to the client as a therapy.

The Rayocomp PS 1000 polar 4.0 TCM offers an organ-specific, energy-based herb and substance test that gives the therapist the information as to whether or not particular herbs and substances can be used for the specific organ with energy support. The composition of different substances can also be optimised energetically using this test. The nutrition test gives the therapist information about energy deficits in the area of minerals, trace elements, vitamins and e.g. probiotic bacteria.

Energy-based dietetics – nutrition in TCM: TCM assumes that every food product has a different energy classification.

Food products can enhance the individual bodily energy of a client, but can also reduce it.

Using the Rayocomp PS 1000 polar 4.0 TCM, food products can be tested as to the individually required energy, and as a result optimum dietary plans can be prepared for the client in line with TCM.

As traditional Chinese medicine does not belong to the classic school medicine, the Rayocomp PS 1000 polar 4.0 TCM is not recognised by the regulatory authorities and is therefore considered a non-medical device, even though it would satisfy all the tests for a medical device.

Bioresonance according to Paul Schmidt

The scope of supply of the Rayocomp PS 1000 polar TCM consists of the following components: 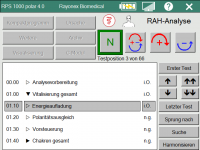 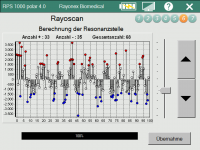 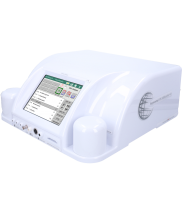 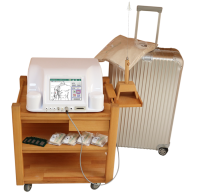 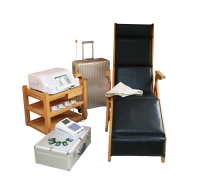 Rayocomp PS 1000 polar 4.0 TCM Complete Premium
Cookie preferences
This website uses cookies, which are necessary for the technical operation of the website and are always set. Other cookies, which increase the comfort when using this website, are used for direct advertising or to facilitate interaction with other websites and social networks, are only set with your consent.
Configuration
Technically required
These cookies are necessary for the basic functions of the shop.
Allow all cookies
CSRF token
Cookie preferences
Currency change
Customer-specific caching
Decline all cookies
Disclaimer
Individual prices
Selected shop
Session
Comfort functions
These cookies are used to make the shopping experience even more appealing, for example for the recognition of the visitor.
Note
Statistics & Tracking
Affiliate program
Track device being used

Please note that the given information, advices and solution approaches are originated from more than 35 years of experience.

But they can not replace the consultation of a medical practitioner or a naturopathy orientated doctor.

*Please note that the given information, advices and solution approaches are originated from more than 35 years of experience. But they can not replace the consultation of a medical practitioner or a naturopathy orientated doctor.

Scroll to top
This website uses cookies, which are necessary for the technical operation of the website and are always set. Other cookies, which increase the usability of this website, serve for direct advertising or simplify interaction with other websites and social networks, will only be used with your consent. Further Information
Decline Accept all Configure